Home » Blog » A Story of Gralloch and Where Eagles Dare....

A Story of Gralloch and Where Eagles Dare....

At this time of year at Leckmelm we are involved with the hind cull.  This aspect of deer management requires a hardiness to cold temperatures, a willingness to climb and crawl over rough terrain usually at 500 feet or above and the ability to know the natural history of a particular deer herd and determine which animals within a group need to be culled for welfare purposes.

When a deer is culled on the hill the deer stalker will gralloch the deer on site. Essentially disembowelling the deer to prevent the meat spoiling and to check signs of health such as lymph nodes and so on.  Gralloch is gaelic for intestines, another example of how gaelic words are still used day to day in the Highlands even by people like me who are not native gaelic speakers.  Gralloching also makes the deer considerably lighter to take back to the larder and the entrails provide a rich picking for birds of prey and other species that feed on carrion. 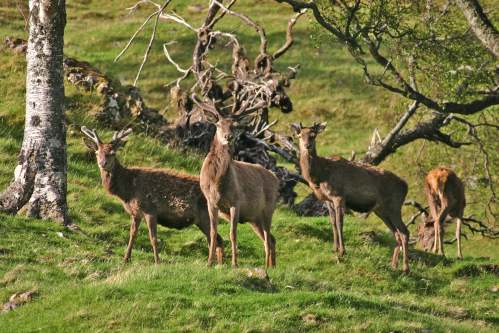 Last week Scott had culled a yeld hind and left the gralloch in the snow on the hill.  The next day, when he returned to the place where he had left the gralloch he noted some very large footprints in the snow which led to some speculation as to where they had come from.  NB Scott's feet are size 10 in this picture........ 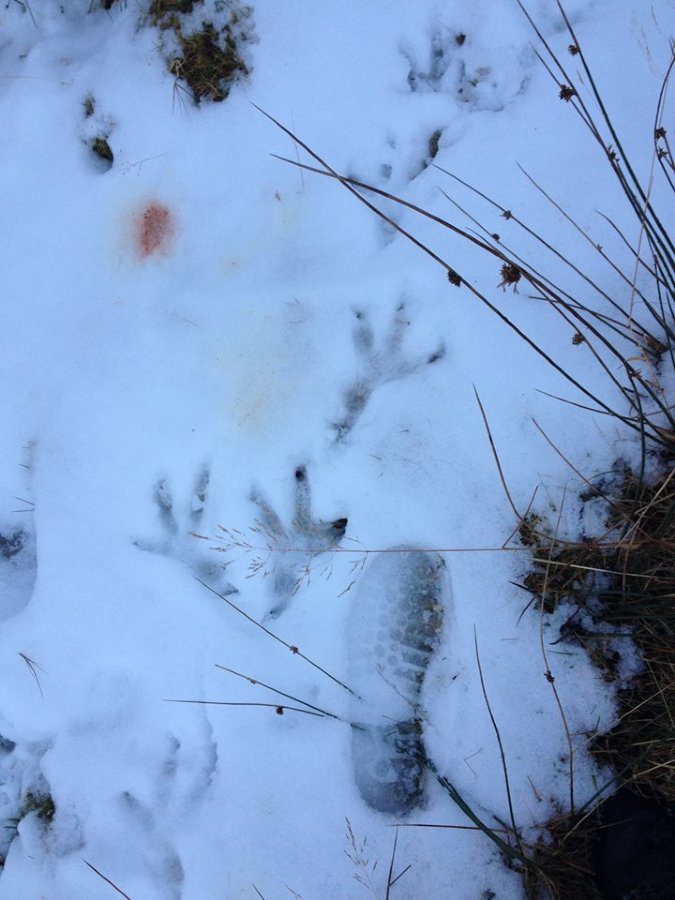 Our suspicion was that a Golden Eagle had visited the gralloch and our neighbour Noel Hawkins who works for the Scottish Wildlife Trust sent us a picture of an eagle's foot which gave us some idea of their size..... 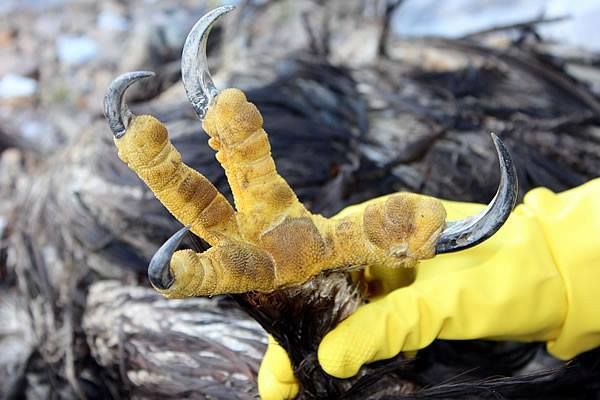 So the trail cam was deployed.  Scott went up just before dusk and set up the cam near to the gralloch, during the next 24 hours we were hoping that a visiting animal may get caught on film.  After a long, snowy hike back down that evening we were not suprised to see that a buzzard had activated the camera.

Feeding over the space of a couple of hours the buzzard had landed early in the morning and kept coming back for more.  Suddenly, we noted the Buzzard's body language changed on the film.  The buzzard drew it's wings up over the gralloch in a protective way as if trying to sheild the view of it's prey from another creature. Then, like a flash, the buzzard was away.

The next still photo captured blew us away. 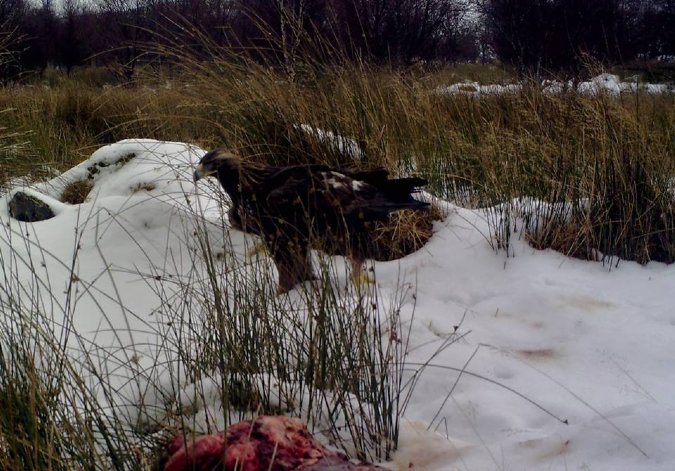 The eagle had landed.  A stream of photos from the trail cam followed with the eagle carefully picking at it's feast, spending almost 4 hours at the gralloch and enjoying every beak full.  I have only ever seen eagles from a distance, either in flight with their six foot span like a speck in the distance or else far away in a rocky crag with young.  What an incredible experience and how lucky we are to be able to share these pictures. 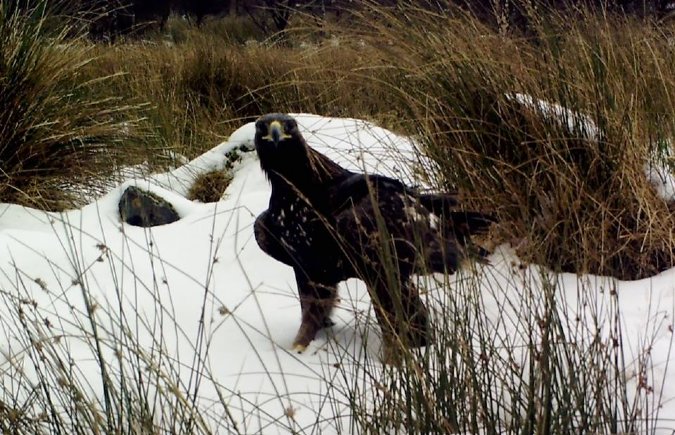 News Headlines
Testimonials
“One of the best holidays I've ever had........”
Mrs R (via Tripadvisor)